Your millennial candidates are interviewing you too! Here’s how to pass their tests.

One of my worst interview horror stories was in New York. While I was thirty minutes early and waiting in a cramped, dismantled lobby, the company was running thirty minutes late. Besides the untimely start, my interviewer and potential boss had a great attitude and got me excited about working for the company. I was asked to come back for a second interview, and I happily accepted.

Going back the next morning, the entire lobby and hallway were filled with people, and an hour went by until the same man came to greet me. I was paired with one of the employees to go out onto the “field”, and it was here where I realized the company had been lying to me. In the first interview, I had made it clear that I was applying for an in-office marketing position. However, the boss gave me a deceptive job description and called it “direct-marketing.” Although they had said we were going to a pop-up marketing event, we arrived at a small booth with pamphlets, iPads, and a product to sell.

After a day of harassing people, the boss called me, three hours after he said he would, and offered me the internship. Completely discouraged from being misled, I declined the offer and wallowed in embarrassment.

Continuing my exhausted search, I sent an email with my resume attached, acknowledging the fact that I was applying to a position the company wasn’t offering. Yes, it had gotten to that point, but only a few hours later, I received a reply. Completely shocked by the timely response and interest in my resume, I felt a tinge of hope. This was followed up by multiple phone conversations and a request for an in-person interview.

Shortly after I arrived in Questpro’s brightly colored lobby, two young ladies in their twenties introduced themselves to me. To my surprise, these were the same women conducting the interview! We talked about college, classes they had taken, and beginner’s experience in the workforce, all topics that were very relevant to our lives. Speaking to fellow millennials, it made the whole process more intimate. Of course, they had to ask me the typical interview questions, but their interest seemed genuine, like I was speaking to friends rather than employers.

Next, they gave me an office tour. All the games and superhero cut outs around the room gave me an impression that these people were not your average, boring 9-5 workers. Everyone was dressed casually and looked stress-free. People would come up to me and strike up conversation, easing any tension. At her computer, one of my interviewers showed me exactly what I’d be doing during the internship. I also spoke with one of the higher ranked bosses in the office, and he too expressed the same relaxed personality and engaged communication. The company culture was fluid across the board.

Timely, like they had been from the start, I received a follow up call almost fifteen minutes after leaving and enthusiastically accepted their job offer!

So, what is it that made these interview experiences so incredibly different? As a millennial, we too are conducting an interview when we walk into companies’ offices. Here is how you, the company, can pass the millennial interview.

Getting these three points across during a thirty-minute interview might be difficult, but they are necessary to win millennials’ time and consideration. Some extra effort in communicating your company’s culture and values will result in a much more positive response. Maintain these qualities after the interview process, and we will want to stay with your company for the long haul. 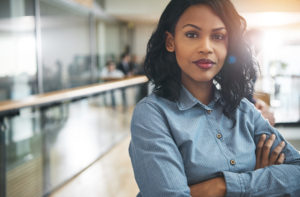 Get our salary guide

Hiring?
Schedule
a call with us.

A better way to recruit.